The new state of the art 1.5-hectare site was delivered as a turnkey project by Powerplants to enable Ball to increase their operational capacity.

Ball had a need to relocate from their original Keysborough site for several reasons. The old Perry Road site was based on rented land, and was also near the ever-increasing urban fringe. Ball also had identified a need to expand, but were reluctant to invest in the rented site, so the decision was made to purchase land in Skye.

Part of the decision to choose a green filed site was also because Ball had a well-established staff base, and the management were keen to retain the existing workforce.

The new site also allowed for a ‘clean sheet’ approach to planning with no restrictions to existing infrastructure, as well as good access to a major road networks with direct routes to Melbourne and interstate routes. The initial design for the new site was achieved via a consultative process with Powerplants Directors, Carl van Loon and Simon Gomme, and the Managing Director, the Head Grower and the Head of Operations from Ball.

The goal of the design team was to develop a design plan that met the existing needs of Ball, and had the capacity to incorporate expansion opportunities later. Key to this vision was the ability to look to the future for expansion of the facility but also keeping the ratio of the different growing zones in cinque.

The structure itself was based on a traditional greenhouse design but with the inclusion of a double skin polythene cladding.

This covering was chosen for it’s thermal properties and a comprehensive cost benefit analysis study revealed that this was more cost-effective cladding material that would suit a 20 year period.

Being a brand new site, there was also opportunity for the inclusion of a number of new innovations, which has left the structure positively bristling with new technologies to utilise.

The upgraded control system was chosen to give accurate climate management and includes a predictive capability to ensure accurate and timely operation of both the heating and ventilation systems. The new boiler also has a CO2 extraction system that now allows for supplementing CO2 levels within the mother stock area, thus giving enhanced growth rates. One of the unique features of the structure is the inclusion of a Cabrio style roof house, where the whole roof surface opens as opposed to individual vents.

This instant exposure to external conditions now allows the growers at Ball to subject plants to the perfect conditions for hardening off before despatch. For the protection of plants to the harsh Australian sun, automated shade screens have also been installed.

A centralised irrigation room has been constructed to service the needs of the facility, and all water is sterilised via an Ultra Violet treatment process, thus reducing the risk of water borne pathogens.

The irrigation system has a number of fertilizer dosing units that operate independently, and this gives the growers the flexibility to have up to four separate fertiliser recipes on demand, plus fresh water available at anywhere across the facility.

The new facility has also seen the installation of several irrigation booms that gives precise irrigation to plants. The booms are computer controlled and can be programmed to irrigate specific areas within the greenhouse.

The trigger for irrigation control can also be derived from monitoring Vapour Pressure Deficit (VPD). This now means that the irrigation systems are responding to precise climatic requirements, and ultimately giving Ball better growth and response from their plants via this form of precision irrigation.

On top of the traditional growing areas, the design also included the construction of climate managed germination chambers to promote more uniform germination of seedlings, and also a plant quarantine and seed quarantine facility.

Although the project involved the construction of a brand-new facility, some infrastructure from the old site was transferred to the new site.

Rolling benches and transplanters were identified as being transferrable from the old to the new site, and the transition of this equipment and continued production, was key to the management of the project.

Within this role, Simon effectively managed all aspects of the build including obtaining various permits, dealing with state and local government bodies such as Vic Roads, Energy Australia, Melbourne Water and Country Fire Authority to name a few.

Dealing with service providers is a complex business ,as their ability to react in a timely manner dictates timelines and also put pressure on the project.

Customers often under estimate the time and cost for services to be installed, and this was an area that Simon spent a considerable amount of time managing to ensure the project remained on track. Simon was also responsible for overseeing all procurement for the site, as well as co-ordinating all third party contractors.

It is safe to say that the final installed solution has fully addressed the challenges Ball were facing. 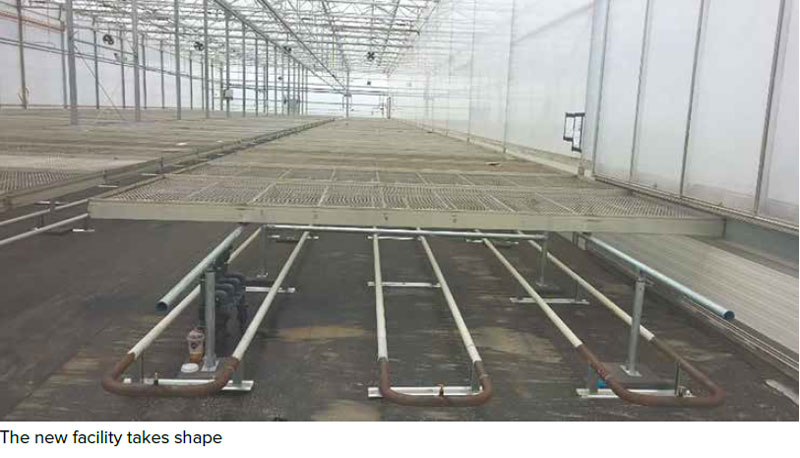 The new facility has presented Ball with a number of benefits to their business since installation. There has been an increased capacity in green life material, and also a much finer level of climate control of the environment than before. The site now has 12 differing growing zones – far more than the old site experienced.

One of the key factors in the whole project was to ensure that there was no break in production for Ball themselves. This was achieved via a well planned and executed transition process, overseen by Simon Gomme.

Ball has received excellent ongoing support on all equipment that Powerplants installed. Powerplants have been committed to all stages of the project; from ironing out any teething troubles and ensuring the accurate and reliable operation of installed equipment. Technical staff have been on call 24/7 to respond to any issues.

Staff training in the use of the main greenhouse and the various equipment within the structure has been carried out on an ongoing basis. Powerplants staff have provided all the training, along with the assistance of international experts that were flown in to Australia to complement the expertise of the Powerplants staff.

“Moving a working production facility from an existing site, to a brand-new facility is a vastly complex and challenging project. The process was enhanced by the expertise and advice of the Powerplants team, who were 100% committed to ensuring the project was a success.

We now have a world class facility that we can use as a base for taking our business to the next level”,
Paul Boland – Ball Australia Managing Director.
www.powerplants.com.au