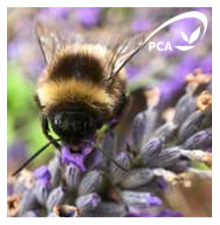 There is currently a Senate Inquiry into the “Risks and opportunities associated with the use of the bumblebee population in Tasmania for commercial pollination purposes”. The PCA has been working on this for commercial greenhouse growers for many years.

The Senate requested submissions (either for or against), to be submitted by 3rd of March 2016 and PCA Director Marcus Brandsema detailed all the scientific research indicating that Bombus terrestris (Bt) bumblebees have demonstrate no threat whatsoever in the 20 years they have been in Tasmania.

In 2017 the Senate Inquiry recommenced with a public hearing in Hobart on the 21st February, enabling some of the people who had made submissions to both speak and be asked questions.

Mr Lindsay Bourke (TBA), had concerns regarding the competition for pollination that the bumblebee gives to the honeybee. He also spoke about the possible dangers of introducing new Bt genetic material into Tasmania, to make the current Bt bumblebee population more viable.

Should the trial goes ahead, using the current Tasmanian bumblebee population, then it was made quite clear that it should not entertain the possibility of new genetic material, according to the scope of the application.

The concern is that if new genetic material be introduced, it could change the action of the bumblebee in the Tasmanian landscape, whereas if the Tasmanian stock is maintained, then there is no difference to the Tasmanian environment than what currently exists.

The senators reacted quite positively, with Senator Anne Urquhart giving a press release stating;
“I am confident that my Senate colleagues from across the major parties will recommend that the Federal Government amend the EPBC Act to allow for the trial”.

The Senate Inquiry is scheduled to report on 13th June, with a further hearing to take place with the Department of the Environment in Canberra in coming months.

An excerpt of an article from the ABC Country hour regarding the public hearing can be heard here;
itunes.apple.com/au/podcast/tasmanian-countryhour/id362378896?mt=2  Click on the podcast released 21/02/2017

PCA will keep you informed of developments.