Levies, Pests and Diseases, What is in it for me?

Levies, Pests and Diseases, What is in it for me? 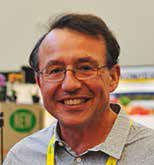 Recent reviews and commentary within Australian horticultural industries have debated the merits and dispersal of levy funds to support research and development.

An underlying assumption is that there are wider benefits of having an R&D levy system.

One significant area relevant to the Australian greenhouse tomato industry is the phytosanitary risks of exotic pests and pathogens and the need to collectively mitigate them or manage them if/when they do breach our borders.

There have been several unsuccessful attempts to implement an R&D levy with the Australian tomato industries.

Implementation of the national vegetable levy was threatened when tomatoes were included in the consultation phase and more recent iterations for any proposed system to raise such funds have failed.

Of course, we have to recognise the Australian tomato industry is not an homogenous entity.

There are many different regional production areas, and varying scales of production for fresh, processed and greenhouse producers.

One salient point to remember – and one that is commonly used in classifying plant pathogens, is to look at the similarities and not the differences.

There are common threats to all tomato producers – pests and diseases, and it is argued here that it is managing these threats that should be the primary focus for an R&D fund.

There is a deeper philosophical point here with its roots in ‘game theory’ called the prisoner’s dilemma that can be applied to this debate. It is no different to many other debates in our society over everything from our actions concerning vaccinating children against communicable diseases to the global response to climate change.

It revolves around the dilemma that rational individuals pursue self-interest for short-term gains, versus the greater rewards from cooperation and the collective suffering from a failure to do so.

It is argued that we have a greater ability to achieve success in protecting the tomato industry as a whole against the threats of exotic pests and diseases entering Australia (or in managing endemic problems) if we combine our efforts with broader society instead of individuals trying to manage issues at their enterprise level alone.

A recent Industry Biosecurity Plan developed for the Australian tomato industry identified 87 viruses shown to infect tomatoes overseas that have not been reported in Australia.

Similarly, there are several exotic insect, mite and weed pests that threaten our industry. This list is growing longer every year as new ones emerge or are found to be spreading across the globe. Some growers might be aware of a few of the obvious ones that are on the list: Pepino mosaic virus and Tomato infectious chlorosis virus affecting greenhouse crops in Europe or North America.

Clearly, such a large list of potential viral threats will make even detecting any one a difficult task without some strategic approach to developing our surveillance and diagnostic capability and capacity.

To date we have been reactive to exotic threats and we will remain so if our tomato industry doesn’t develop an R&D strategy.

Another consequence of not having a levy is that the greenhouse and field fresh tomato industries are not signatories to the deed that governs any actions taken by governments if an exotic disease or pest is detected.

Melons too, are not signatories.

This was clearly demonstrated recently when Cucumber green mottle mosaic virus was found on watermelons in the Northern Territory.

The melon industry was locked out of meetings held to discuss the state and federal responses.

Crops were destroyed, farms were quarantined and there was no compensation paid to affected growers.

The levy system can include a facility to direct funds for biosecurity arrangements such that the industry has a say in what decisions are made, and there is provision for financial compensation.

It is also worth remembering that each dollar paid into a levy is also matched by the Australian government and this is further multiplied when state governments are the research providers.

Some might say a levy would be prudent risk management.