With the government jumping onboard and offering new endorsements, hydroponics really is the way of the future!

So, why should you consider ditching Mother Nature’s ‘solid seasons’ (well, maybe not so solid in this day and age…) and her reputed ancient ways for the ever-developing world of Hydroponics? 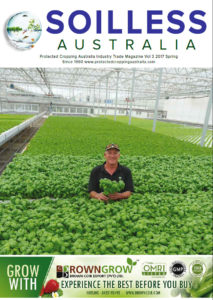 For starters, let’s look at the issues of soil. Soil holds a multitude of tiny, hidden organisms that can lead to the degradation of precious, wholesome crops, leading us to the introduction of pesticides. Crops grown in soil also require a lot of land.

The pH levels in soil can be tricky to measure and you’re at the mercy of the season abnormalities, not to mention the amount of water needed to feed a soil based crop, and without the right amount of water the crop is in serious trouble. Water is the most effective means of delivering nutrients and minerals to a crop.

Think of the options, fruit and veg fresh from your local hydroponic greenhouse all year round, or imported frozen from a far-off land. Most shoppers in today’s society are already trying to avoid the frozen then defrosted fresh food option.

Hydroponics solves everyone’s major food-related concerns; no pesticides, a saving of precious commodities such as water, less wastage, higher yield, higher health benefits (nutrients and minerals), greater flavour and year-round availability. Then there is the benefit of growth in a barren landscape; it’s a life-altering science. Rather than transport vegetables half way around the country, communities can grow their own vegetables and fruit (berries are huge in greenhouses now and we’re even seeing watermelons grown in glasshouses) where they couldn’t grow it before. This doesn’t only feed the people in the community it also creates jobs…

Hydroponics eliminates the use of soil in favour of a sterilized growing ‘medium’, and with products like coco coir hitting the market, hydro’s self -sufficiency rate is increasing. Even those beastly locust plagues that threaten our Aussie farms in the past wouldn’t be a threat to crop growth, unless of course, they forgot close the doors! 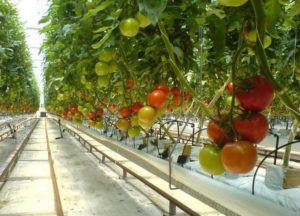 Water is another issue with soil based cultivation. Since soil doesn’t hold water well, plants are only receiving water and nutrients when they are water. By adding a combination of water and quality nutrients directly to the root of the plant, hydroponics reduces the need for the plant to work to find food, leaving the plant free to concentrate on foliage growth.

Farmer’s have full control over the environment, the amount and frequency of water and nutrients the plants receive, and the hour’s of ‘sunlight’ so to speak, eliminating waste, and increasing the yield and quality of their crop.

Some research has also indicated there is not only a higher nutritional value in hydroponically grown food, but also a better and fuller flavour.

Although in modern times we mainly hear about hydroponics associated with the illegal cannabis trade its linage can be traced back to ancient times. As we now know, the ancients were possibly a little wiser than us, and as the saying goes ‘everything old is new again’. Check it out someday, the Aztecs, Babylonians, Da Vinci, and the Chinese were all on board with soilless, water-based growing. 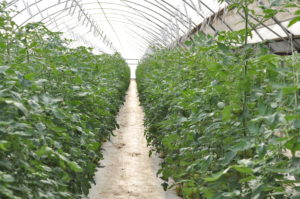 Hydroponics is the way of the future; grow anywhere, anytime, under any conditions… Lettuce from the desert anyone!

The industry currently stands at a mind-blowing value of about 1.3 billion dollars, and considering its estimated that only 5 to 10 percent of farmers are embracing a controlled environmental agricultural system the future looks very bright for hydroponics, and for anyone joining this environmental revolution.